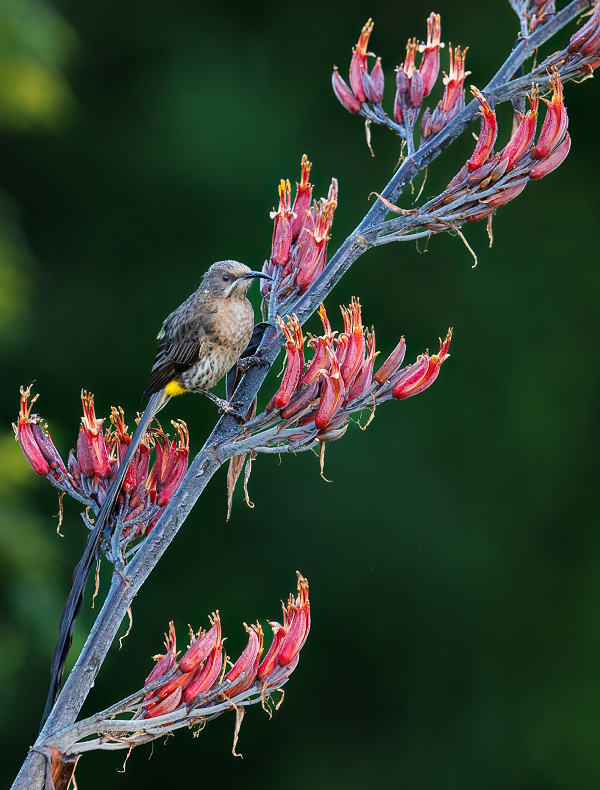 The end of November normally means that the New Zealand Flax (Phormium tenax) comes into bloom. There are numerous plants on the Fancourt Estate, but I have found the best-positioned one for early morning sun is at the bridge of the 6th hole on the Montagu golf course. The opening blooms of the New Zealand Flax attracts many sunbirds as well as Sugarbirds and some other species like Cape Weavers and Cape White-eyes.

My main objective was to capture an image of a male Sugarbird on one of the flowering stalks. Their very long tails, bright yellow undertail coverts and malar stripes are distinctive. It turned out that the opportunity for capturing an image of a male Sunbird was very limited as I only saw one as I was setting up and had to grab a quick shot (see above image). However, The morning turned out to be a wonderful display of female Cape Sugarbirds and four different species of Sunbirds – male, female and juvenile. In addition I discovered a nesting pair of Moorhens with chicks – more about that later.

The following images were examples of the above-mentioned Sunbirds and the female Cape Sugarbird. 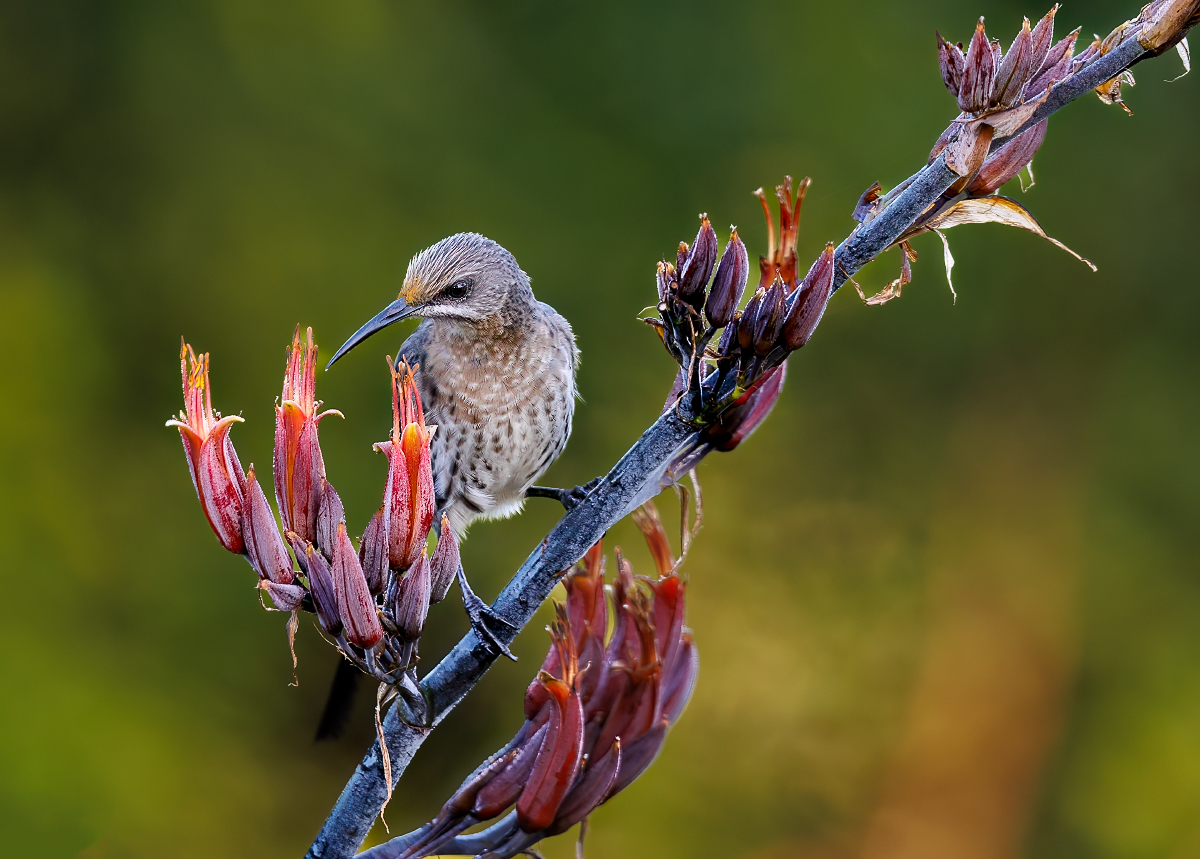 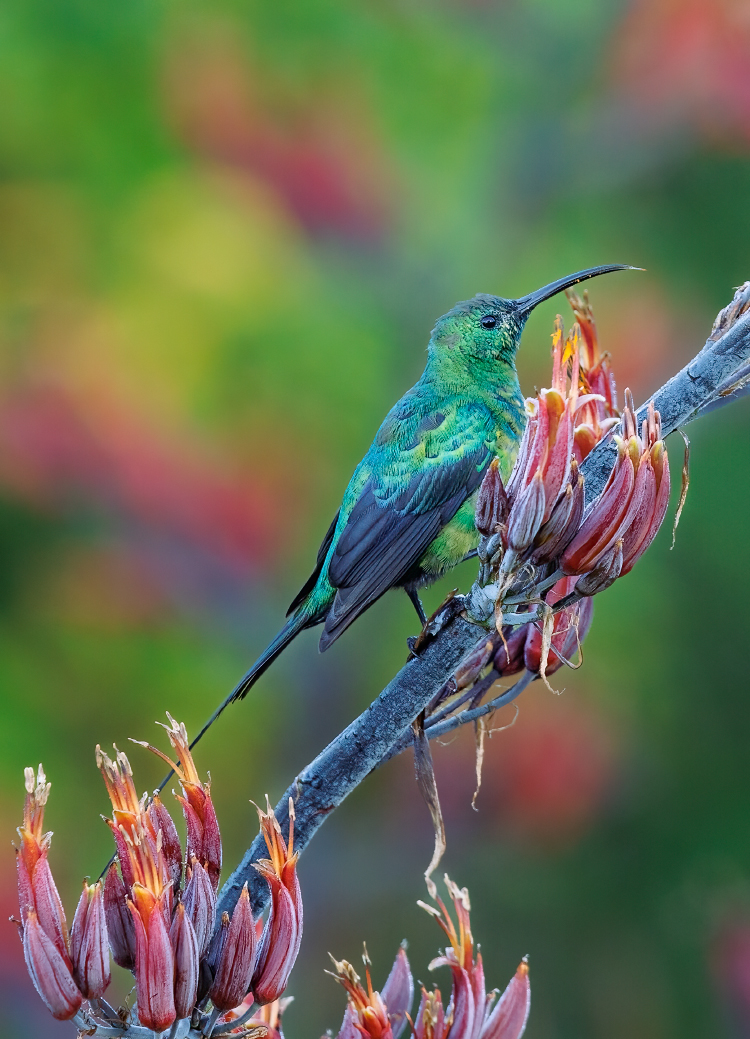 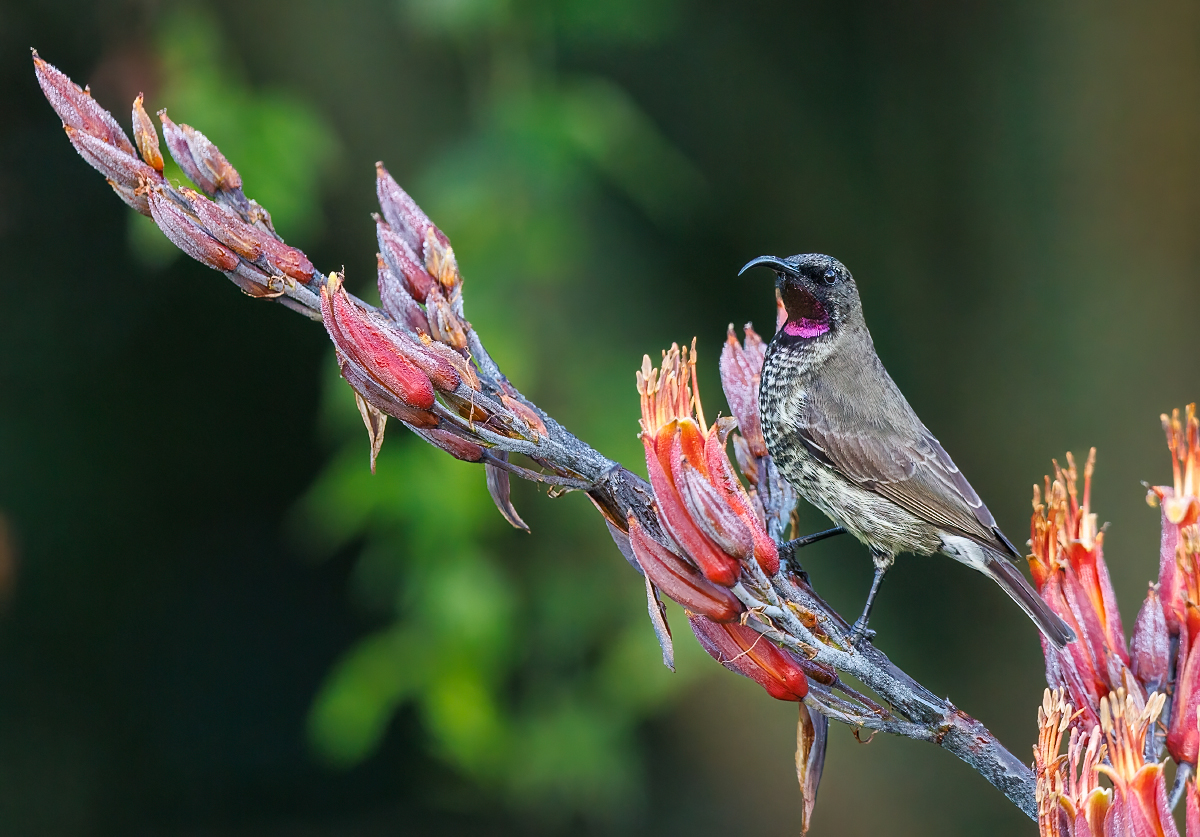 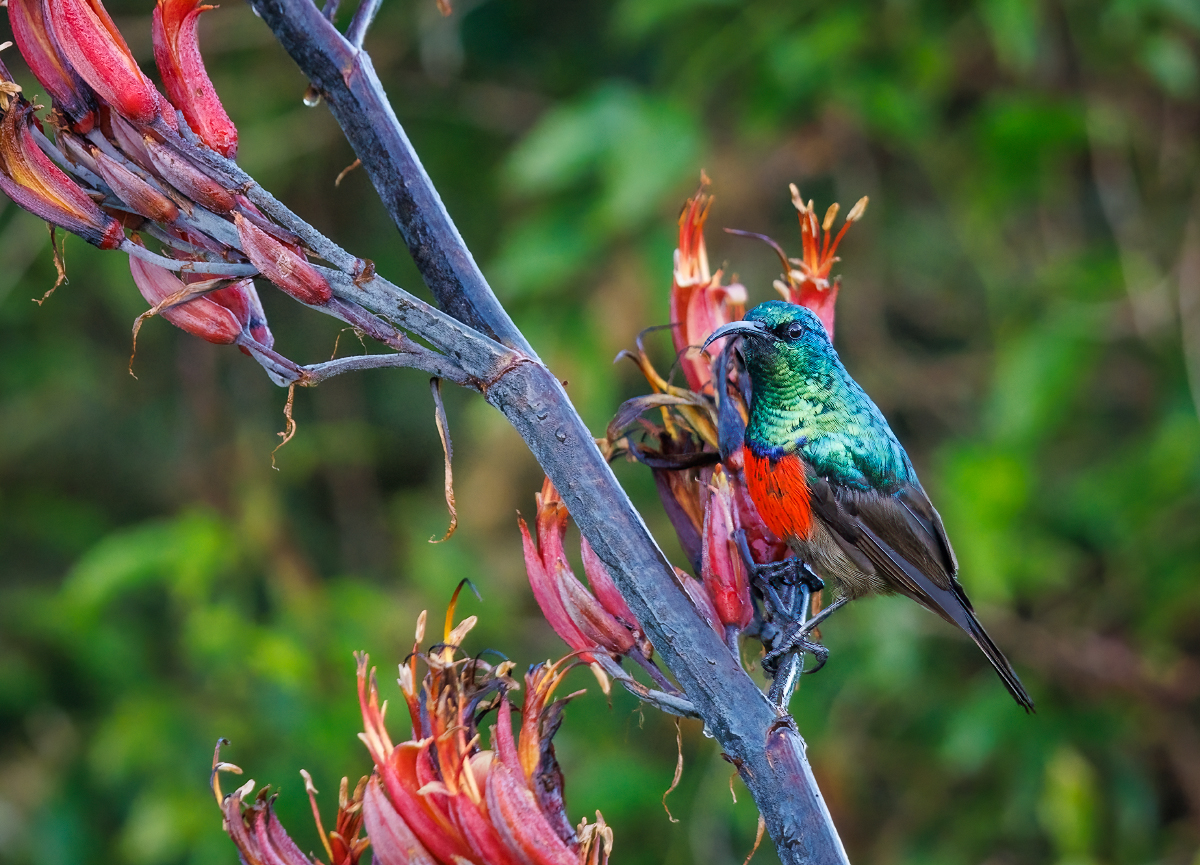 Also does not seem to be in full adult colouration. 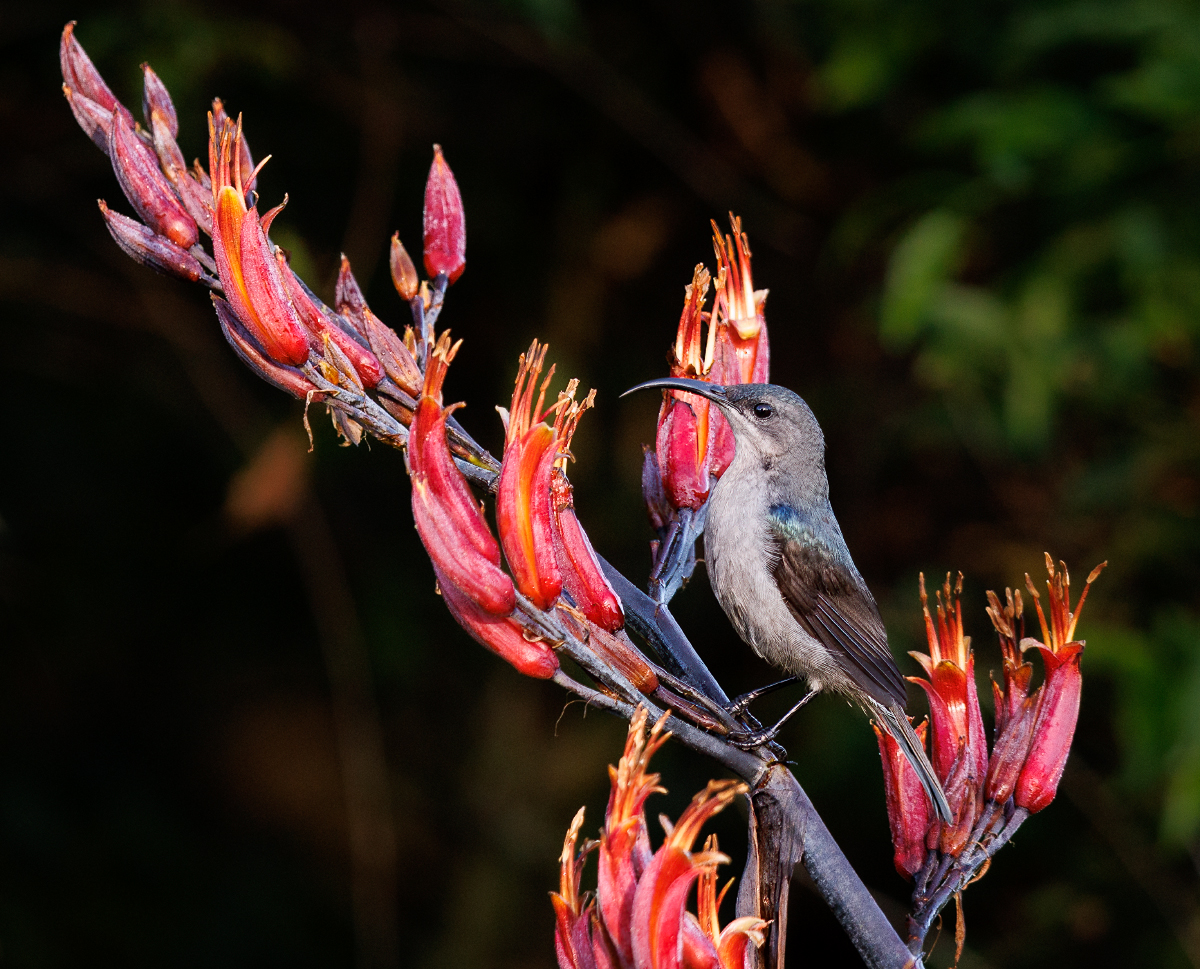 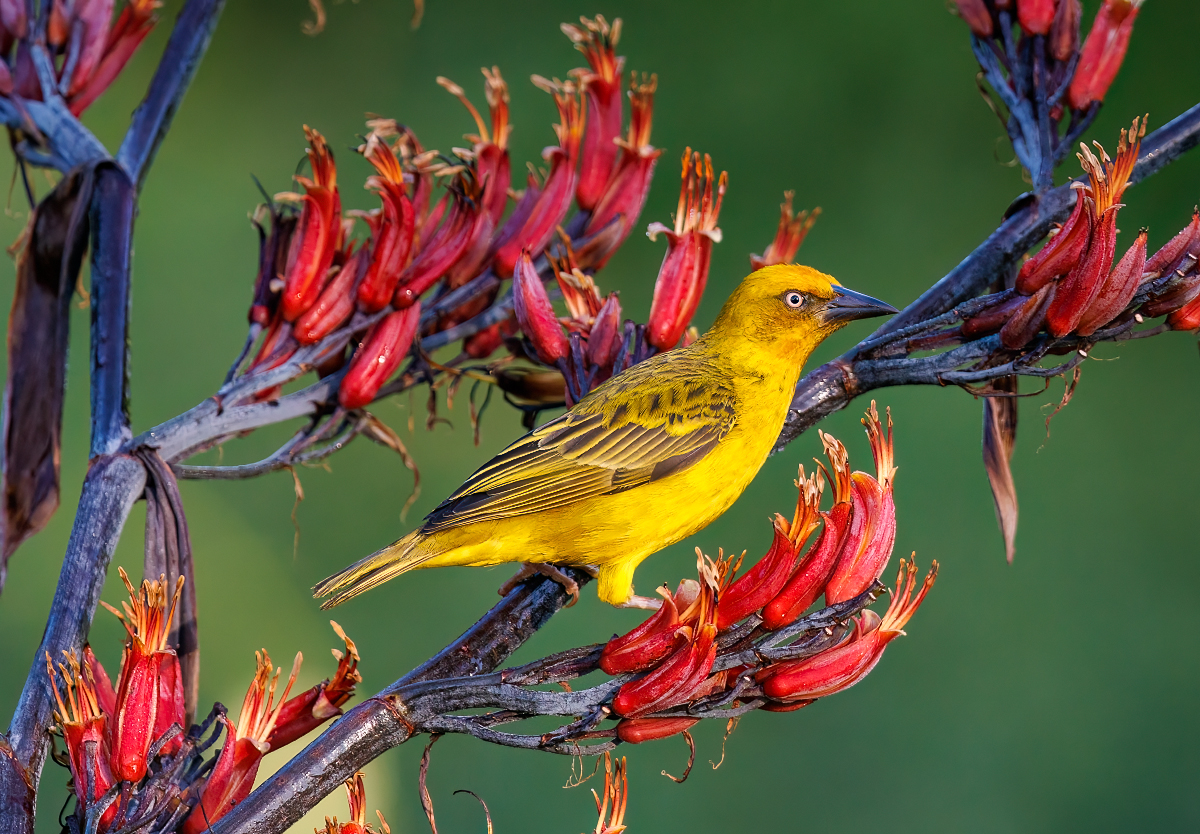 However, there was more to come. I had been intensely concentrating on the New Zealand Flax bush trying to capture the various species flitting in and out. The birds move constantly and it is quite difficult to compose and focus especially in the low light. The bush was down in the river and although the sun had just risen, it was pretty dark down there. I had spotted a Common Moorhen (Gallinula chloropus) scuttling into the thick undergrowth. They are usually secretive and this particular one soon vanished. I did, however, manage one quick capture. 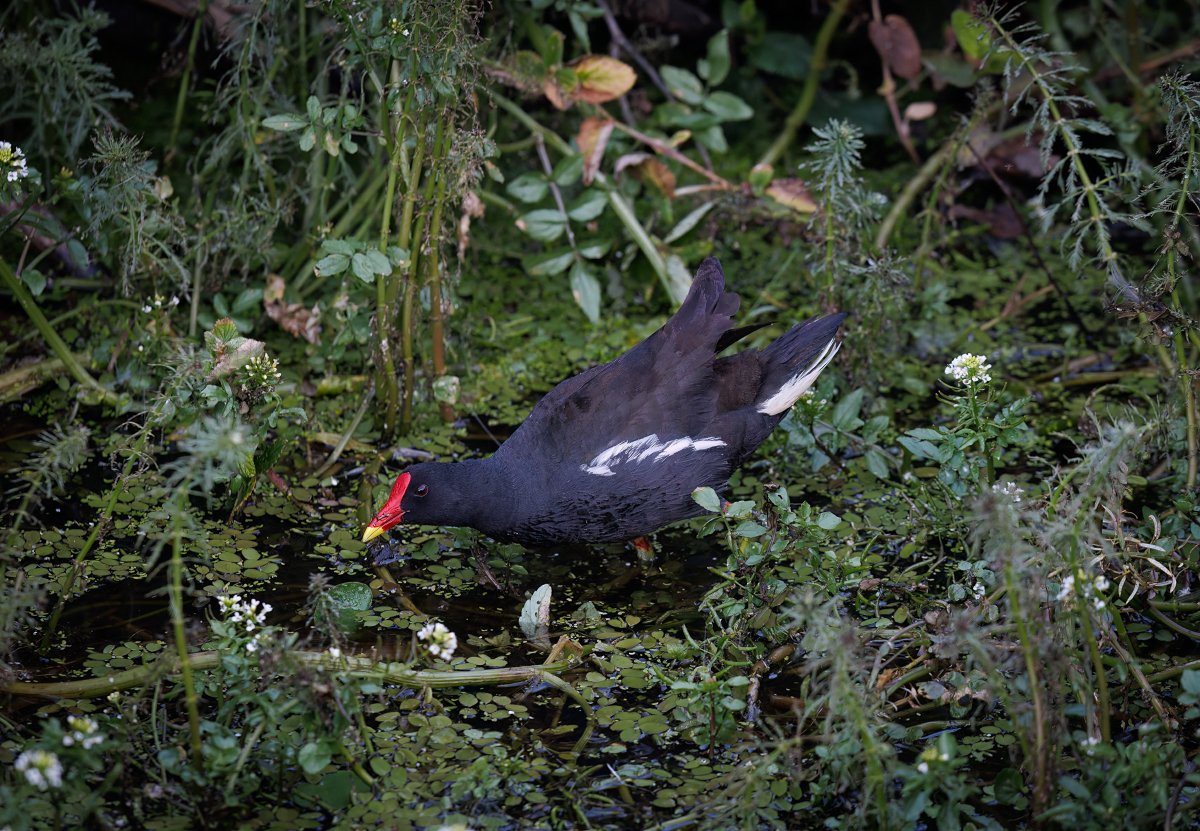 I later walked across the bridge to see what other bird species were around. As I was walking back to my camera set-up, I noticed some loose sedge stalks in the thick undergrowth on the edge of the water. On closer inpection there was a Moorhen sitting on what looked like its nest. 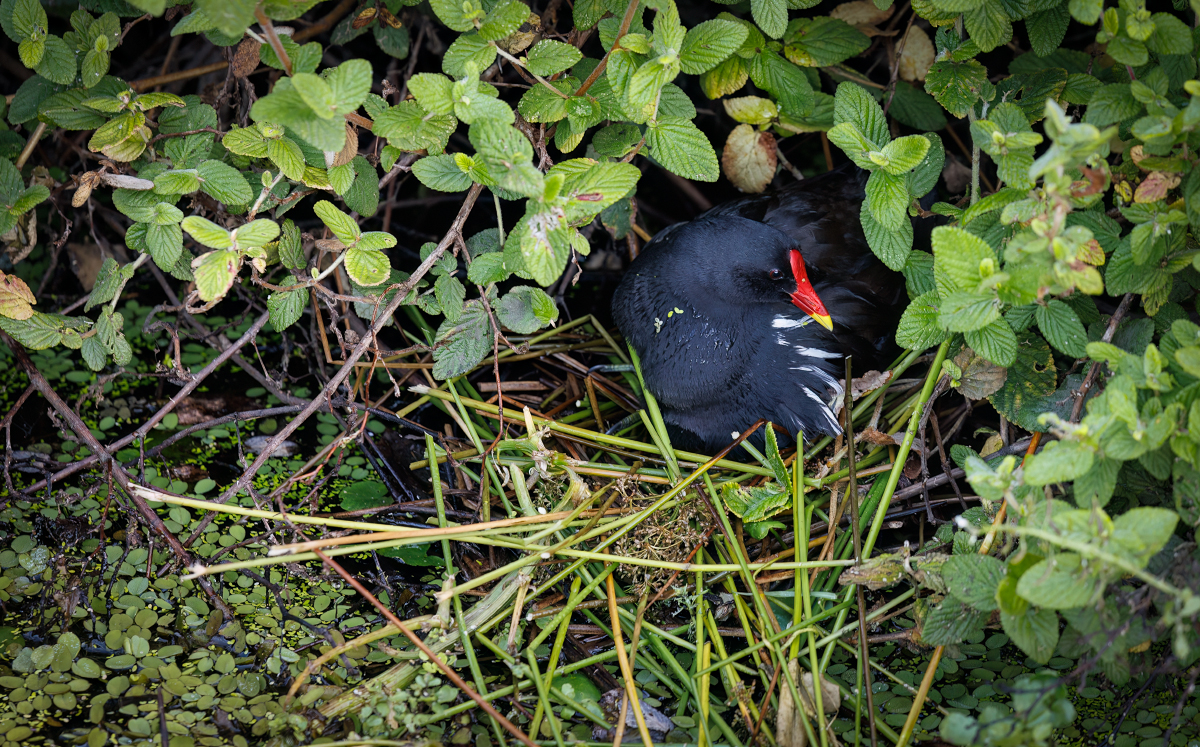 The male then appeared and fed the female that was sitting on the nest. I wondered if she was still sitting on eggs or if the chicks had hatched and were sitting under her feathers. It was very soon to be revealed. Out appeared two chicks intent on eating the dragonfly that the male had brought. 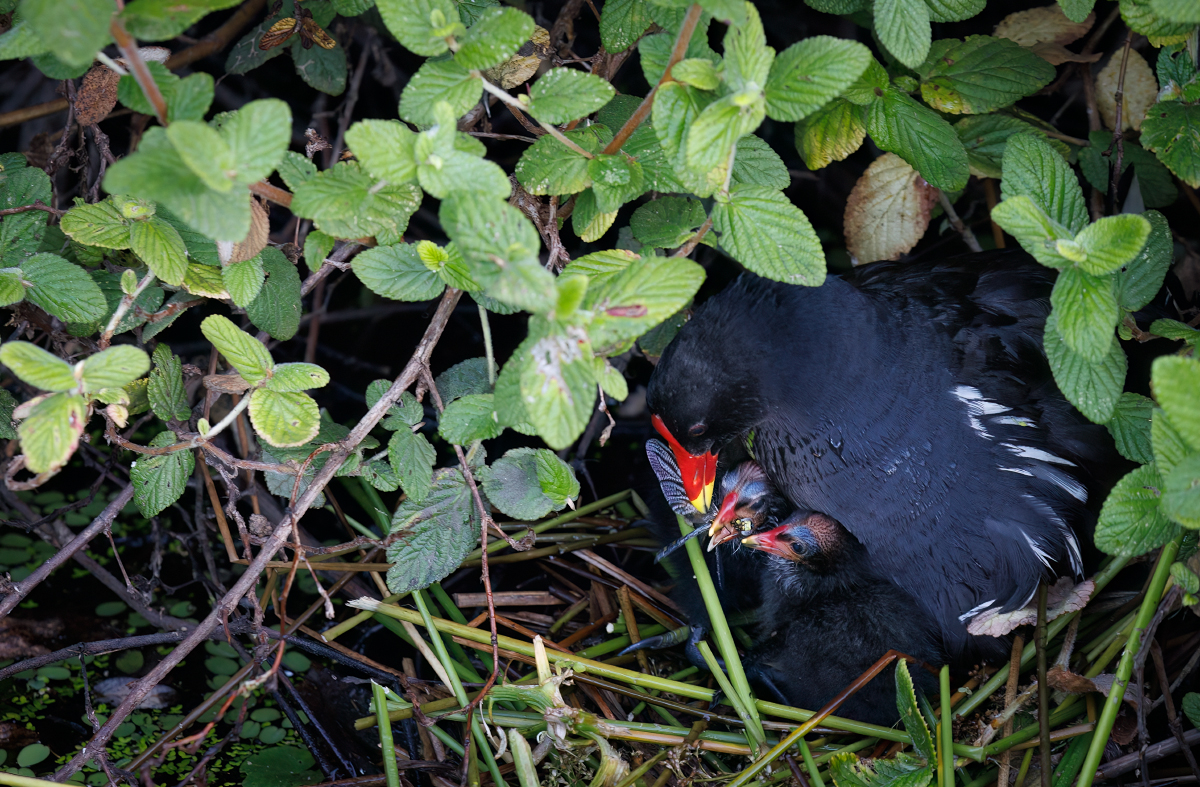 I watched the pair for quite a while and the male was very busy fetching insects to feed his brood. Fortunately the female moved off the nest and was soon accompanied by her too newly-hatched chicks! 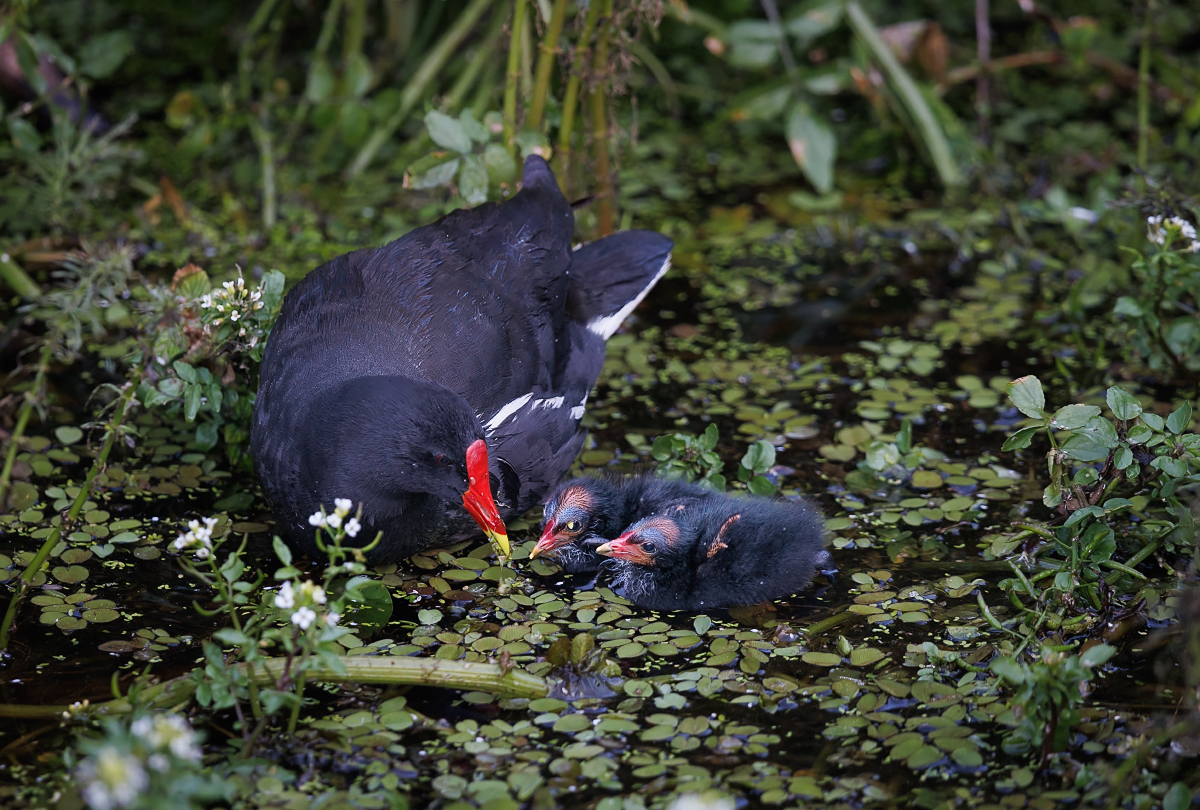 It turned out to be a great morning of bird photography as well as seeing numerous species – all in virtually the same spot.