Dust up between two African Buffalo 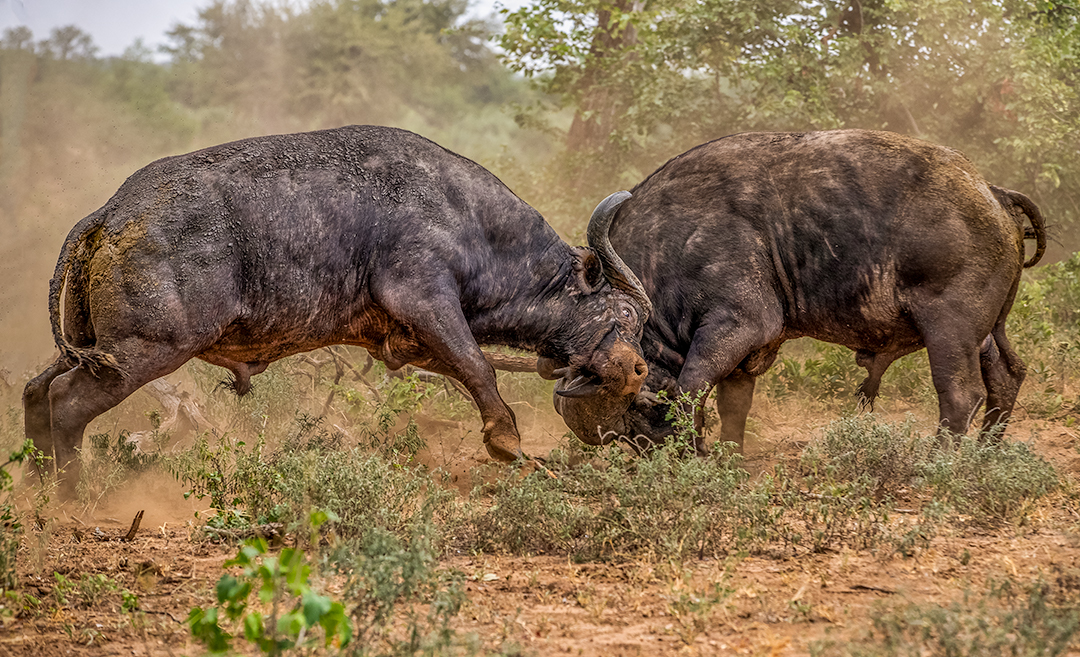 We had encountered a very large herd (upward of 100 beasts) of African Buffalo walking to the river bed for a drink. There were a number of stragglers and it took ages as they slowly made their way across the road and down a steep embankment. There had been two huge males that had been sparring with each other (first image below), but nothing seemed serious. It was overcast and still relatively early in the morning – hence the necessity for a high ISO to achieve at least a 1/250 sec shutter speed.  They were quite far away when I noticed them  and needed a long lens to get a reasonable close-up. These two lagged behind the rest and did not go down into the river bed. 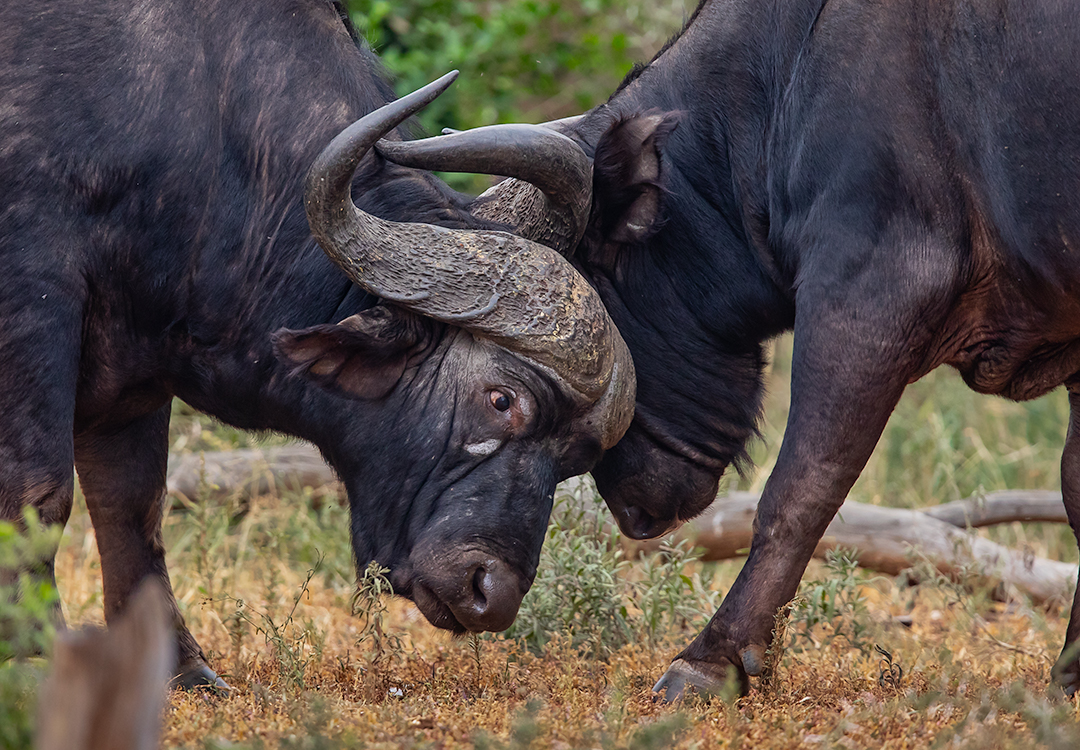 They got very close to the vehicle when suddenly all hell broke loose and they had a full go at each other. The sound of their crashing horns was incredible. They probably weigh the best part of 900Kg each and we feared they would come crashing into the vehicle as they were totally oblivious of our presence. I quickly grabbed a body with a 70-200mm lens attached and started capturing a series of images. This fight went on for some time and was extremely ferocious. We did back off because of the ferocity, which was just as well as they came crashing “locked together” just where the vehicle had been. Could have been very messy!

The following six images show just how serious they were. They unfortunately then broke apart with the one on the left in the images seeming to get the upper hand and went thundering off into the deeper bush. An interesting aspect was the way they defecated all the time they were fighting – talking about cra….. oneself. 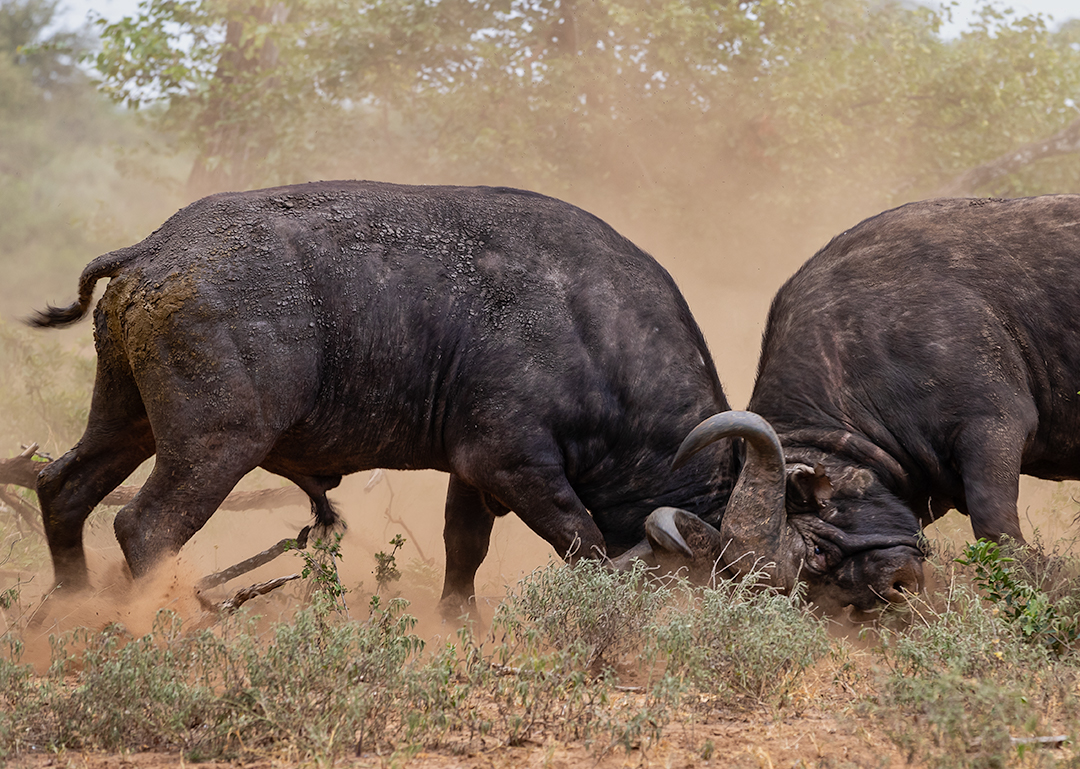 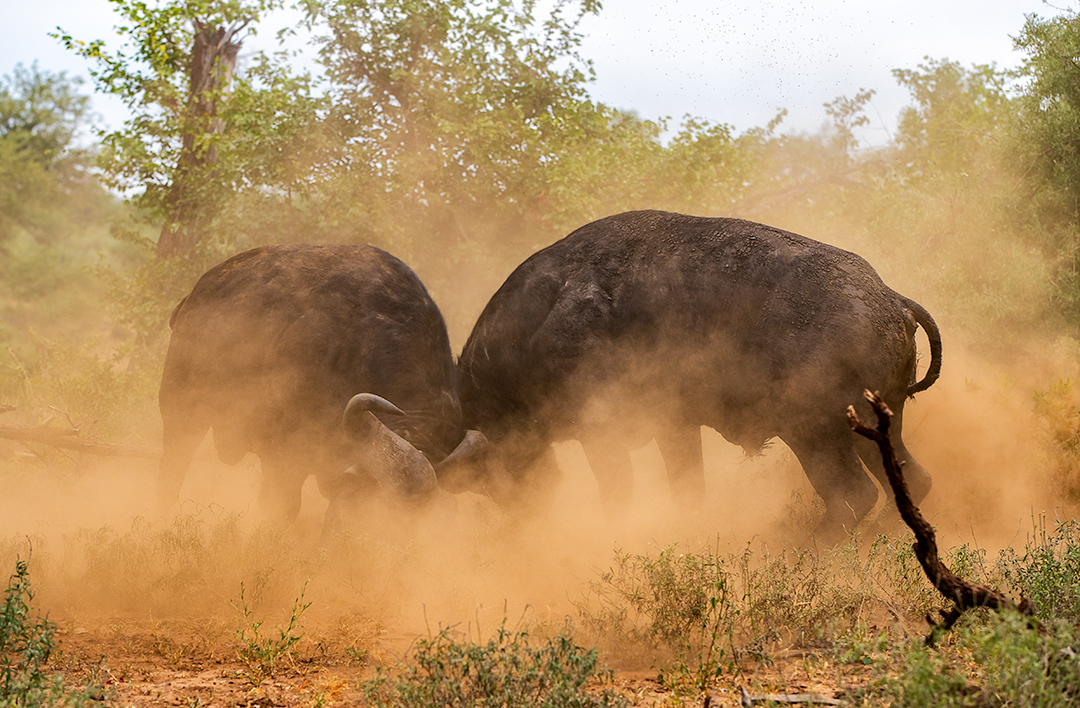 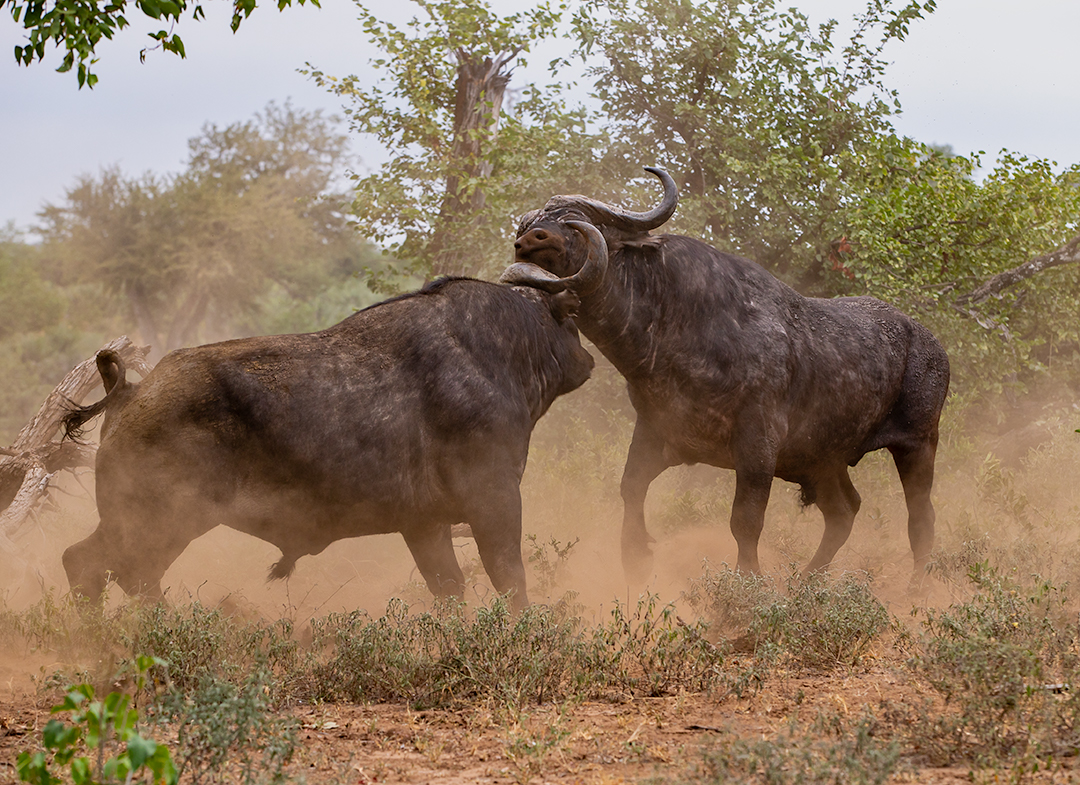 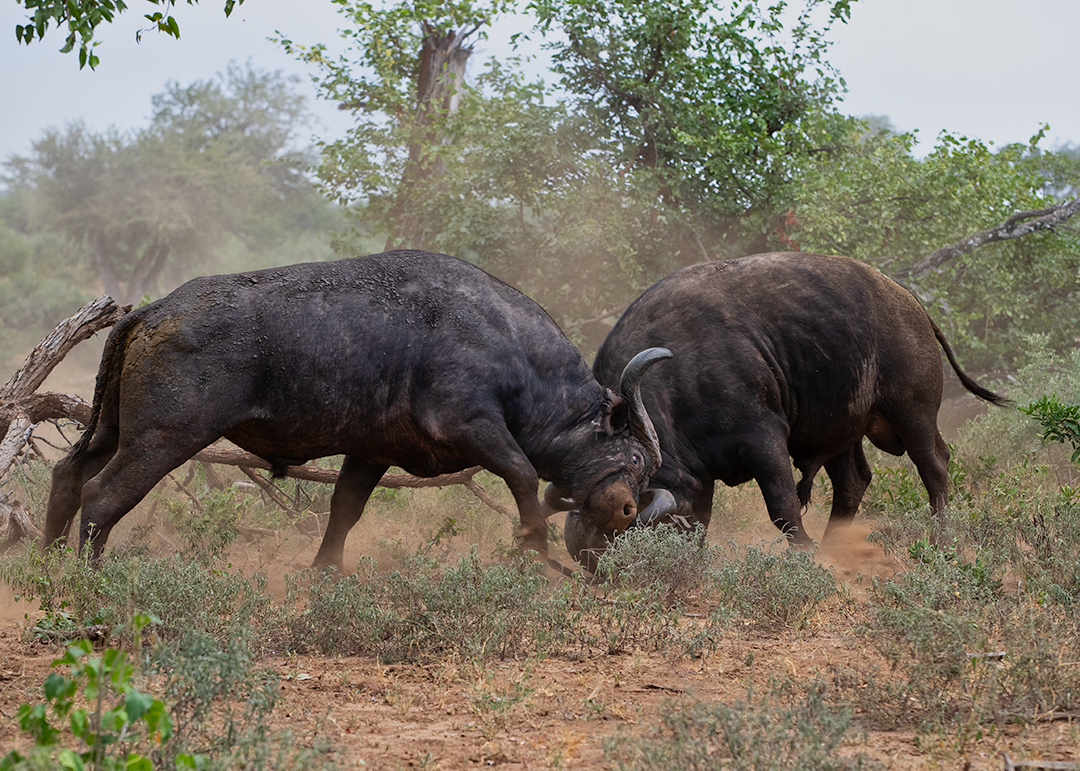 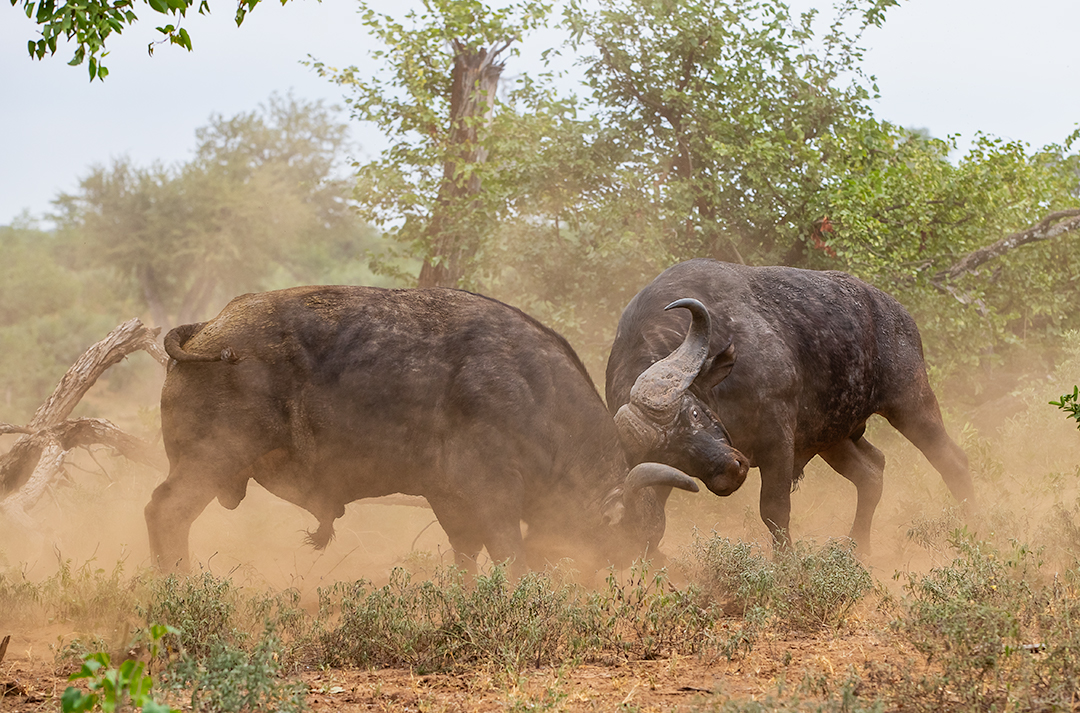