The Superb Autofocusing of the Canon R5 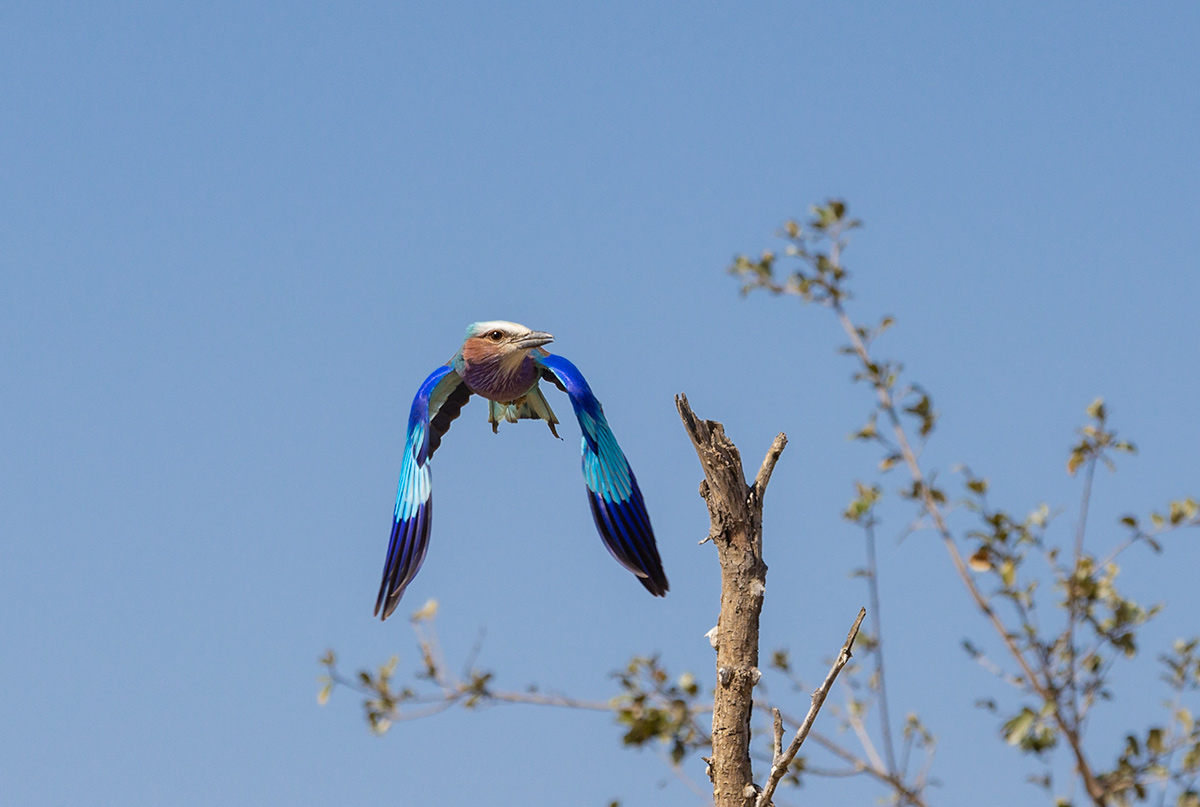 Lilac-breasted Roller (Coracias caudatus) just after alighting from its perch.

Have just spent some three weeks in the Kruger National Park. It was the first time I have had a proper opportunity to shoot some flight photography using the new Canon EOS R5. I thought a good test would be to see if I could successfully capture the take-off of a Lilac-breasted Roller – towards me. They are such colourful birds and their wings are particularly beautiful in flight. I have always wanted to get a good sequence of the take-off, but had never had an excellent result with good focusing on the eye of the bird. I had captured some good images but the critical focus point was not always the eye. It is very difficult to place an active focusing point exactly on the eye during its launch off its perch.

The Canon R5 offers the ability to track focus on the eye of a person or animal. I set the camera up in face+tracking focusing mode and selected animals as the sub-option. The setting is contained in the AF(Purple) menu 1. This seems to work for birds as well. In fact it may be somewhat better on birds as the contrast between eyes and feather colour is more pronounced than many of the mammals, especially most of the antelope species.

I was using the mechanical shutter rather than the electronic shutter but it still achieved a fast 12 frames per second. Using the electronic shutter 20 frames per second is possible. Using 1/4000 sec and a fully charged battery the mechanical shutter sufficed and there was no chance of “rolling shutter” effect. It is worth checking out some of my camera settings in this blog.

Fourteen images were captured in the sequence. The first image registered the time as 11:51:27 and the final image was registered as 11:51:28. As the metadata does not record parts of a second, it would appear that the actual frame rate was about the same as the Canon specified frame rate.

The following images were some of the rest of the sequence. The autofocus was also tested with the bird flying almost straight towards me and that is usually the most difficult for the camera to achieve continuous focus. All fourteen images were in spot-on focus 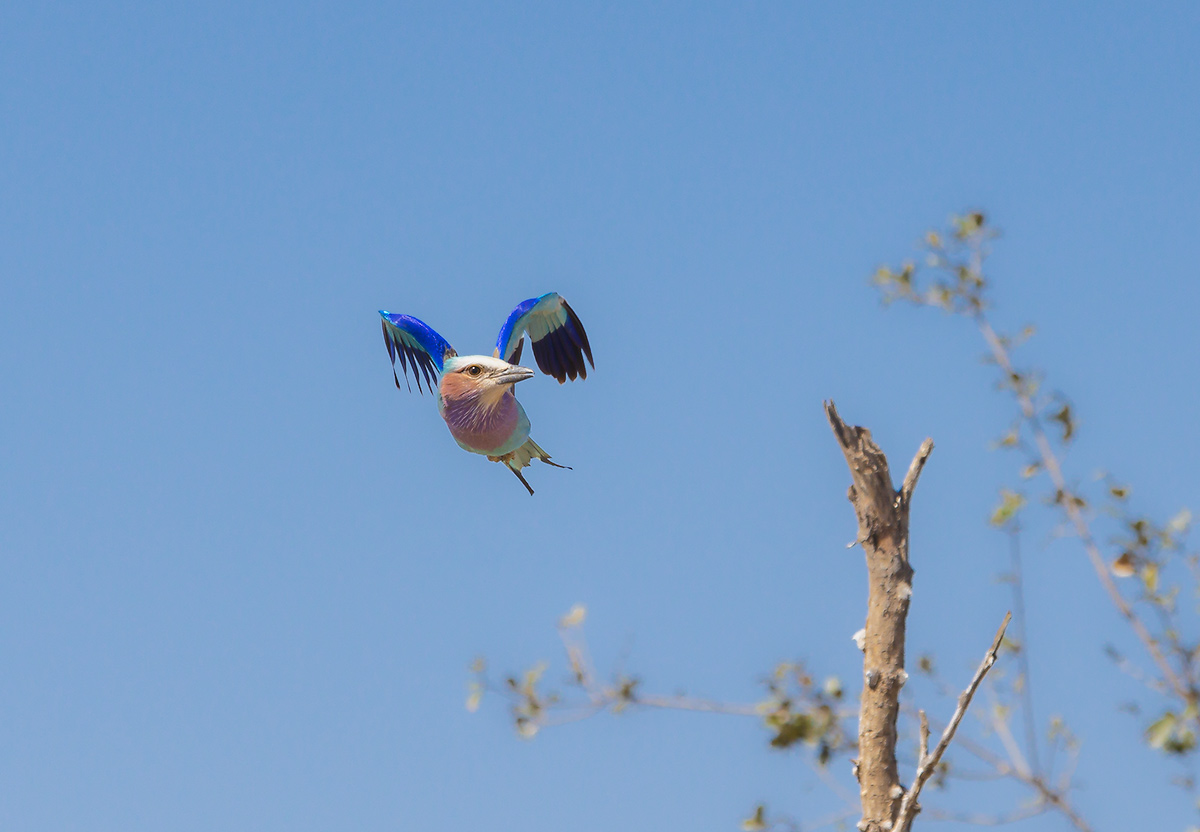 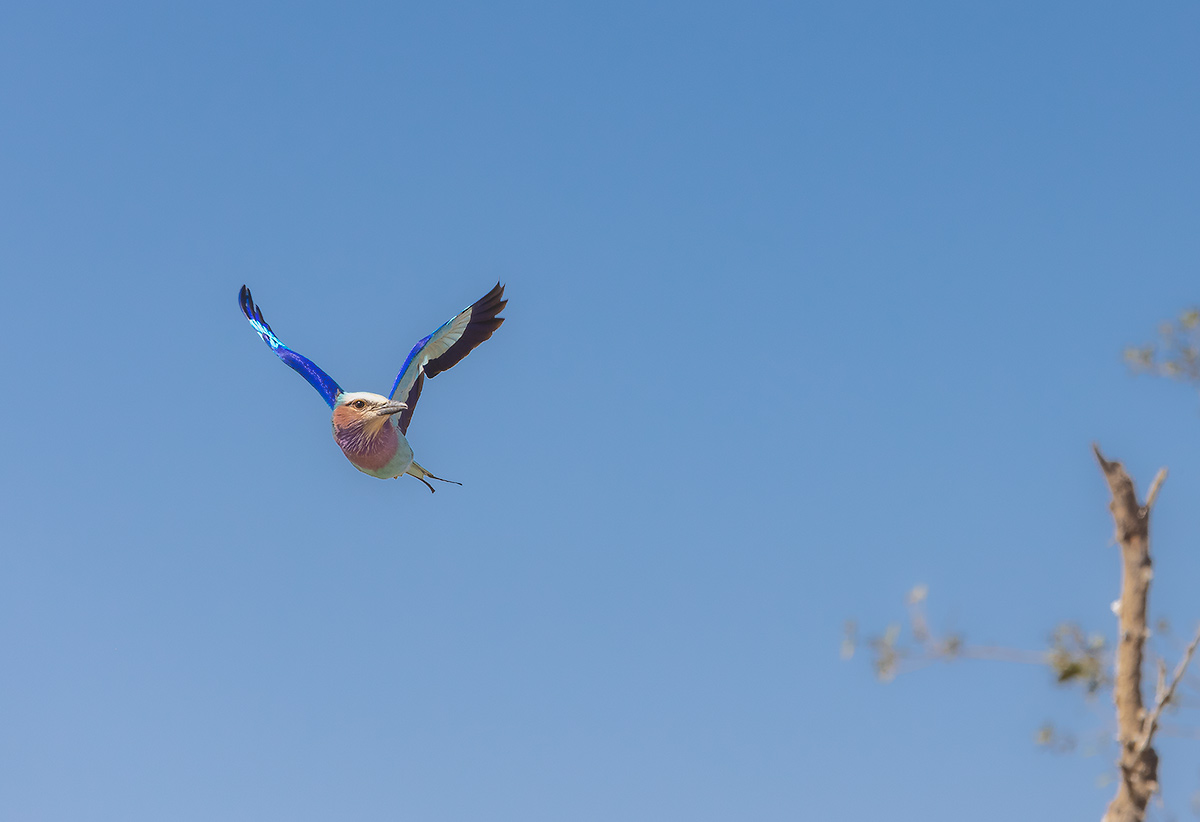 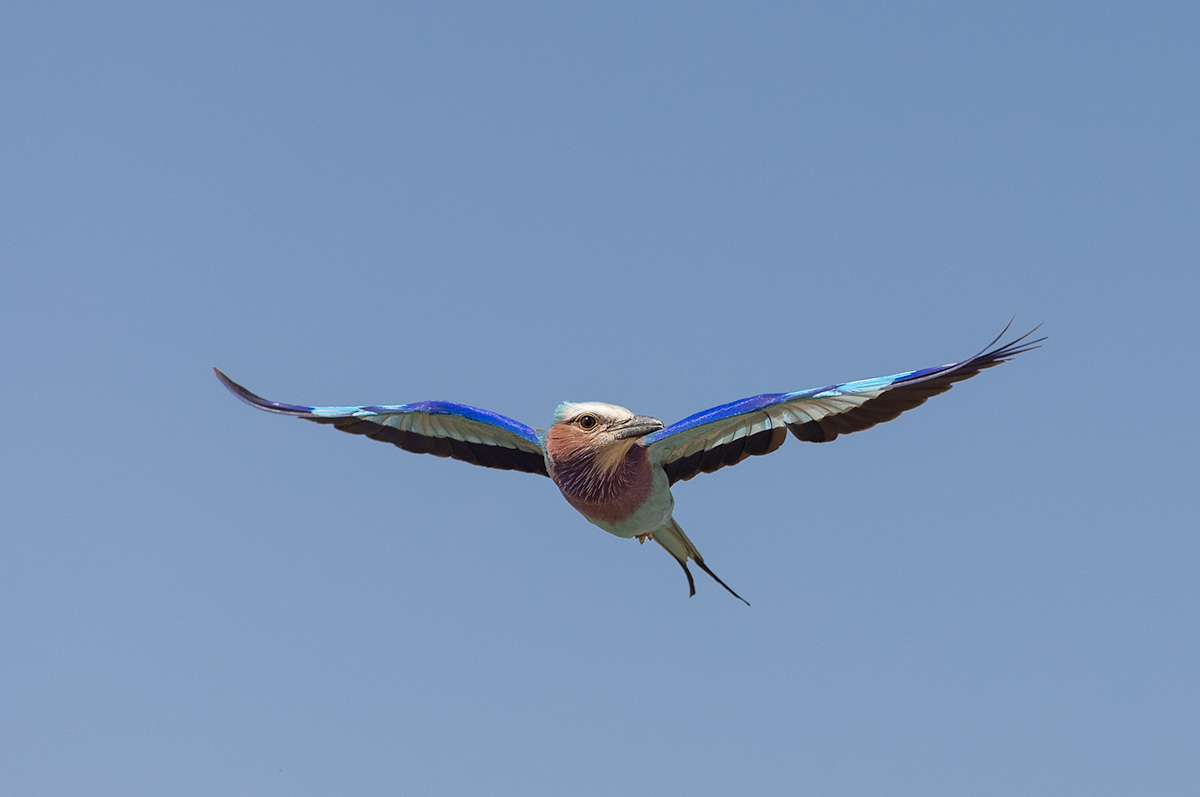 In general I found the Canon R5 to be a very capable wildlife and landscape camera. For wildlife I mostly used the Canon EF 70-200mm f/2.8L IS III USM lens  and the Canon EF 200-400mm f/4L IS USM lens, which has the built-in 1.4x converter. Both these lenses were attached to the R5 body with a EF/RF adapter. For landscapes a Canon RF 15-35mm f/2.8L IS USM lens and a Canon RF 28-70mm f/2L USM lens was generally used. I found very little, if any, difference in autofocusing speed using EF or RF lenses.

Still preferred the Canon EOS 1DX Mark III on the EF 600mm f/4L IS II USM lens. Felt the weight and solidity of the large DSLR was a better balance. I should do some more shooting with the R5 coupled with the 600mm just to see how well that performs.