A Breeding Pair of Little Grebes

Earlier last month I noticed a pair of Little Grebes on a small pond here at Fancourt. I was sure they were readying to breed as the spring weather approached.  I visited the pool on a few occasions  but could not find a nest. Then one early morning as I was surveying the pond and the sedge and rushes along its bank, I noticed some movement. On closer inspection there was a adult Grebe sitting on a very well concealed nest AND with two chicks. I must have missed the nest building and egg laying stage. The chicks at this point were in the nest and mostly esconced under the adult’s (presumably the female) wings.

I also captured an image showing the hatched eggs in the nest together with the female adult and the two chicks.  Just a pity that a leaf got in the way of the female’s beak, but it was the only image captured where she was not sitting on the nest and presumable still on the newly-hatched eggs. 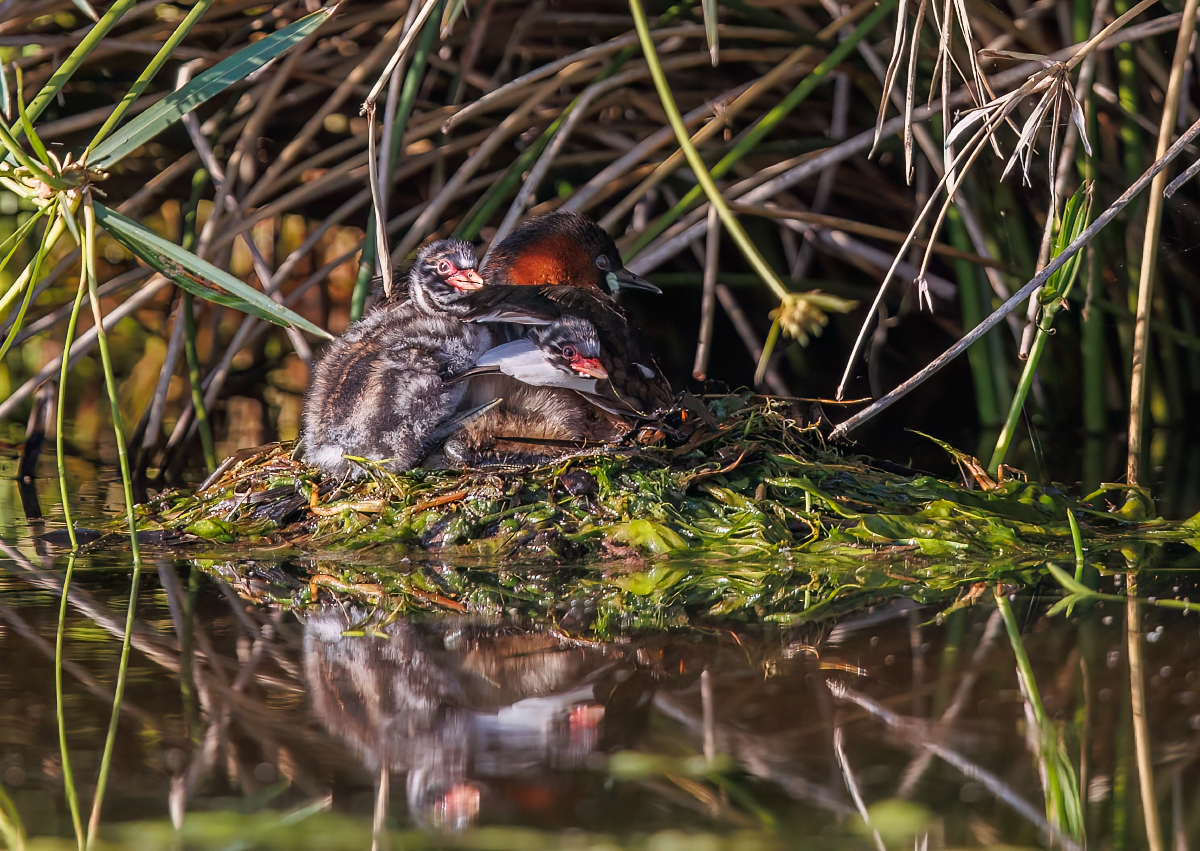 I could see how I missed them before.  The early morning light was just in the right direction to see into the gloom under the rushes and the white on the chicks made the nest easier to notice. The male Grebe was swimming around and diving for food and then going to the nest to feed the chicks. The chicks did not come off the nest – they waited, sparred with each other and then got the morsel from the male’s beak. The image below shows the male feeding the chicks. It was a very difficult image to capture as I had to manoeuvre the camera rig to get a clearer shot through the foliage and lie on my belly to get low enough.

I returned a few days later to see the chicks now swimming with the adults who were feeding them in the water. The male seemed to be doing most of the work with the female returning to the nest with one of the chicks. The following images were captured with a Canon EOS R5 and a Canon EF 600mm f/4L IS II USM lens with a Canon EF 1.4x extender and attached with an RF/EF adapter. 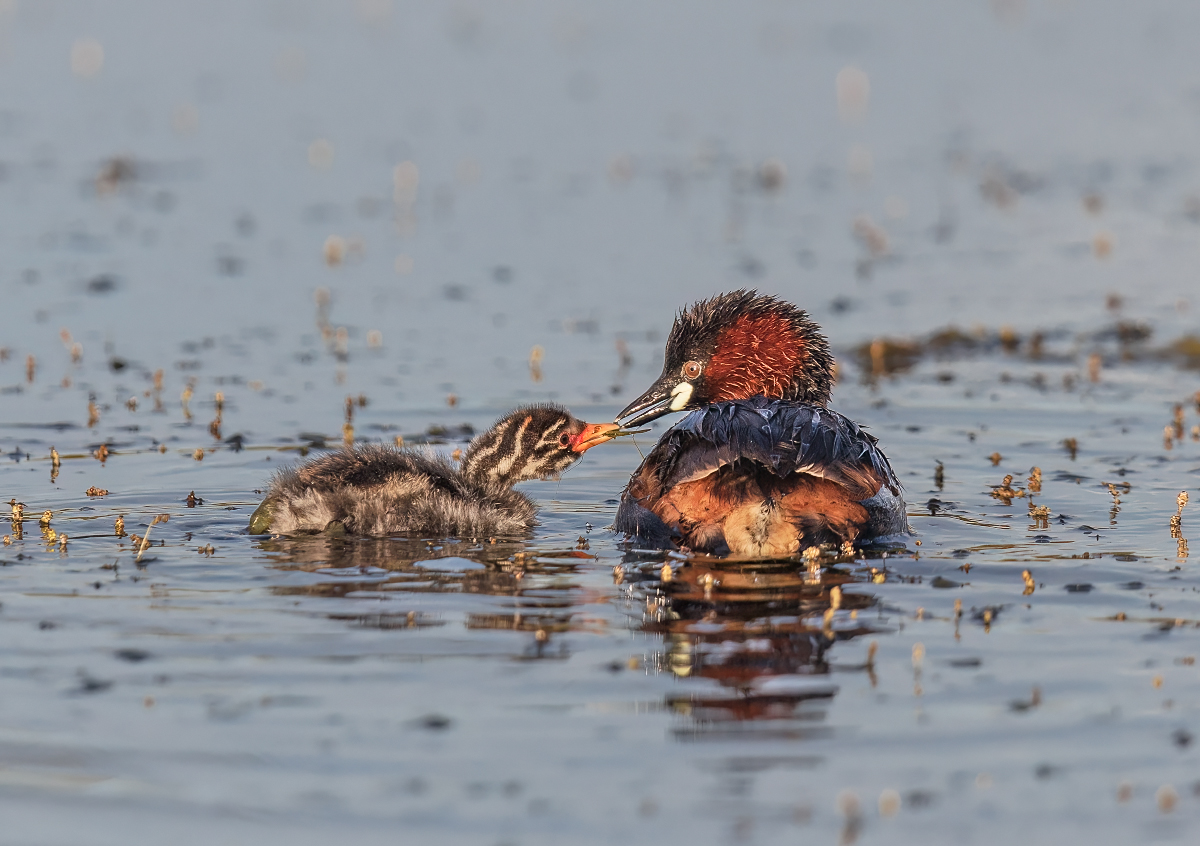 The adult generally dove under the water and produced some “bugs” for the chick. However, I did manage to get one image of the adult about to catch a flying insect that had alighted on the surface of the water. These small birds can certainly swim very fast. 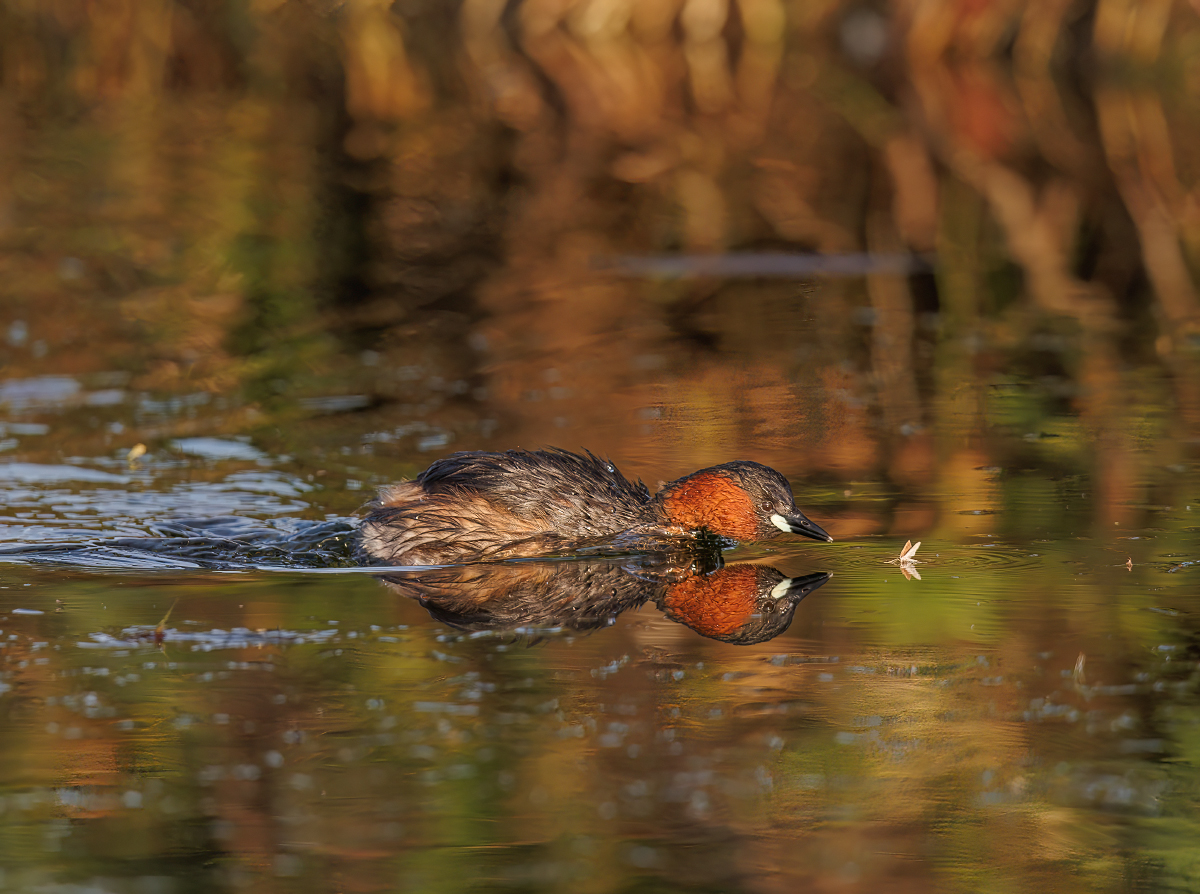 The above image was the female swimming with one of the chicks. I will follow their progress over the next few weeks.